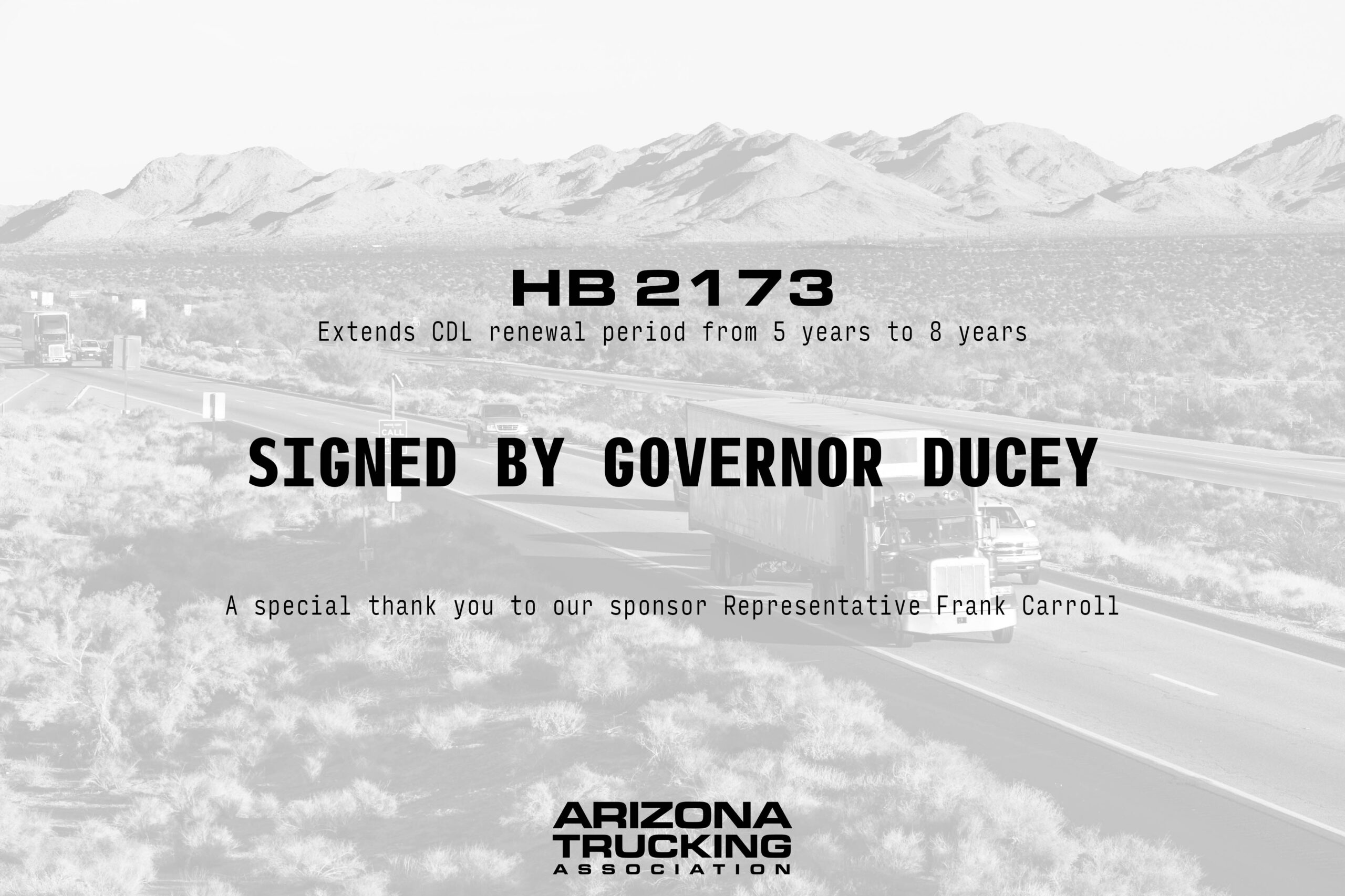 “Truck drivers often spend long periods of time away from home and during this pandemic they have been on the frontlines delivering necessary food, supplies, medicine, and more,” stated ATA President and CEO, Tony Bradley. “HB2173 makes it easier on drivers to renew their CDLs now and in the future by extending the renewal period from five to eight years. ATA and its membership are grateful for the overwhelming bi-partisan support we received from legislators. We would like to thank our primary sponsor Rep. Frank Carroll in addition to our co-sponsors Rep. Leo Biasiucci, Rep. Judy Burges, Rep. Tim Dunn, Rep. Gail Griffin, Rep. Brett Roberts, Rep. Ben Toma, and Rep. Justin Wilmeth. Finally, we would like to thank Governor Ducey for signing this important legislation,” continued Bradley.

The new law will take effect on the General Effective date, which is 90 days after the legislature adjourns sine die.