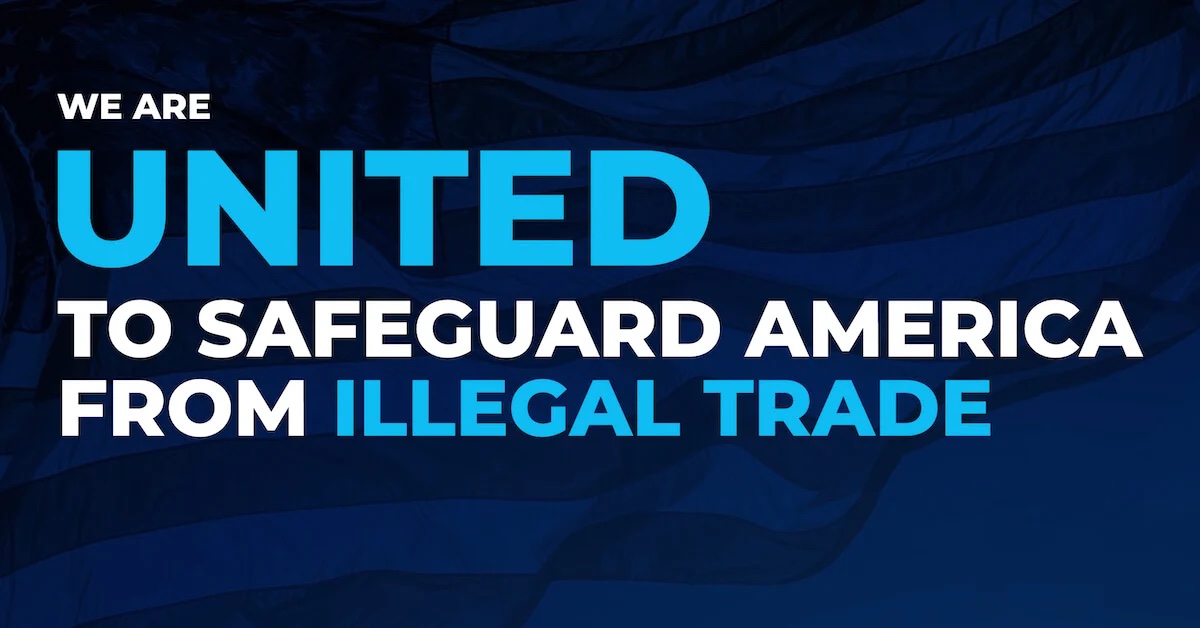 It’s a well-known fact that nearly every good consumed in the United States is put on a truck at some point. There’s no doubt that truckers across this country are a lifeblood of commerce.  Unknown to most is the fact that truckers are also on the front line helping to thwart illegal commerce, Everyday cross-border illegal trade is a reality in our state and everyday truckers are on the lookout.

Just one truck can carry millions of dollars in illicit cargo that line the pockets of criminals by transporting counterfeit and fraudulent goods that put our citizens’ health and safety at risk, and are used to test routes that cartels hope will one day traffic cocaine and fentanyl into our country.

That’s why we are proud to be partnering with a new coalition of public sector, private sector, and industry leaders, called United to Safeguard America from Illegal Trade (USA-IT). Together, we are raising awareness of this important issue and working together to curb illegal trade.

Illegal trade takes many forms, but no matter the form, it carries harmful consequences for every law-abiding citizen. Even seemingly less harmful and victimless crimes, like the sale of counterfeit sneakers or handbags, are often used by criminal organizations to fund their other, more heinous crimes, such as human trafficking.

At ATA, confronting the scourge of human trafficking is an issue close to our heart. We have been a member of the Truckers Against Trafficking coalition for years, and we are deeply proud of our drivers and the commitment they show every day to confront this terrible practice. Our drivers are trained and empowered to identify and report suspected human trafficking. Joining USA-IT is one more step our organization has taken toward our shared goal of a safer state and nation.

We will hear more from USA-IT coalition leaders at Phillip Morris International (PMI) during ATA’s upcoming October conference, but we wanted to share with you a few of the facts they’ve brought to our attention about how illegal trade affects us here in Arizona:

If you want to learn more in advance of our October conference about this important initiative and how we are confronting illegal trade in Arizona and across the nation, visit https://www.usait.org/.

On July 17, 2017 the United States Citizenship and Immigration Services (USCIS) a division of…