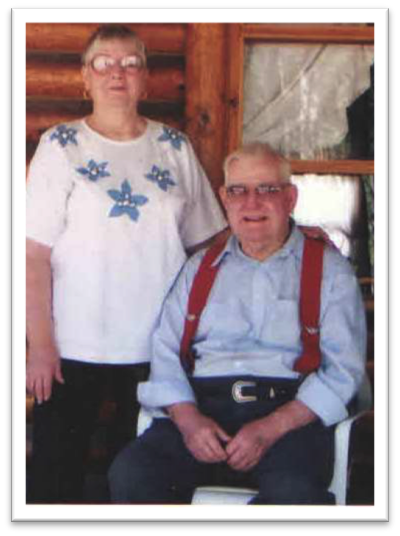 Richard was born in Kingman, AZ on April 21, 1935 to Blaine and Iris Duncan. He and his family were truly men and women of the West. He spent his early years briefly in the Kingman area then near the smelters in Clarkdale where it is said the smelter smoke gave him bad asthma which plagued him as a child.  His family later moved to Sentinel then Skull Valley Az. He spoke often of his childhood years there.  At age ten his family moved briefly to Palo Verde AZ finally settling in Buckeye a short time later.

Richard was a thinker and a tinkerer. He would come up with a new idea, make it work then move on to another idea. He was a bodyman, a truck mechanic, a home builder, a restorer of antique cars and a property owner.  He successfully ran Duncan & Son Lines trucking from 1975 at the time of his father’s retirement until his own retirement in 1997.  He guided the company through deregulation, some of its toughest years, and innovated in the hauling of plastics.

Richard was preceded in death by his parents Blaine and Iris and his sister Bette, a grandson Timothy and a granddaughter Gayle.  He is survived by his loving wife of 62 years Margie, a son Rick and a daughter Kim. He has 2 grandchildren Blaine and David and 3 step grandchildren Melinda, Charlie and Liberty.

Richard was intelligent and read voraciously. He particularly loved any book on Arizona history and nature. He commented that biology was a passion that he would have loved to have pursued. He also had a great interest in water rights in Arizona and studied them extensively.  He loved his families summer home near Payson built by his father and grandfather and spent many summers there in his retirement years. He loved nature and the outdoors.   His belief in God taught him by his Granny Jo was that God didn’t have to reside In a church but was all around us in the animals and trees in nature. He was a Mason. Richard loved to tell stories and jokes and was a bit of a trickster.

A viewing will be held at the Community Church of Buckeye July 22, 2016 from 6-8pm.  Funeral services will be Saturday morning at 10am on July 23,2016, with graveside services after at Buckeye Cemetery. A reception will follow in the church hall.

In lieu of flowers the family requests that donations be made to the Alzheimer’s Foundation (alz.org) for research of a cure or Hurley Langdon Foundation, 23860 W Hwy 85, Buckeye, Az. 85326. This is an employee sponsored foundation of Duncan & Son giving help to any employee in need.

Below are ATA members celebrating a “membership milestone” in 2016. Listed are the company names…