Phoenix, AZ – Truckers Against Trafficking, Inland Kenworth and Utility Trailer Sales of Arizona spoke to the State of Arizona’s Human Trafficking Council and presented the trucking industry’s efforts to spread awareness and fight human trafficking. This special council is headed by Cindy McCain and Gil Orrantia, and they work to develop comprehensive services for victims, collaboration with law enforcement and the Arizona communities that they serve.

The council was excited to hear about the efforts that the trucking industry (You Folks) and Truckers Against Trafficking were making. They loved what we are doing and asked how they could support us. We asked them to adopt the Iowa MVE model in Arizona. The Iowa model ensures that every entry level CDL driver is TAT trained.  The council was more than open to the idea and efforts are being made to adopt that change in Arizona.

Cindy McCain also had high praise for the trucking industry and shared a story where both she and a truck driver witnessed and minor being trafficked in Yuma Arizona. They both picked their phones to call it in and the trucker won. She also had this to say. “First of all I want to commend the Trucking Association for supporting Truckers Against Trafficking. The work that you do and the awareness level that you have raised on this issue has actually saved lives. I personally witnessed that in a truck stop in Yuma, Arizona about a year ago. …So the work you do, I commend you and you need to continue it. The evidence is this truck is going to be auctioned off to raise money to continue the efforts that you do around the country and around the world. I know that you have been acting over seas a bit too. Thank you!”

Governor Ducey made an appearance later in the meeting and gave high praise to the council and also the community for their continued devotion to fighting human trafficking. The Governor said that “Human trafficking is one of the darkest crimes happening in our society. It is an evil that often operates in hidden sight because it is so difficult to detect. In fact, less than 2% of human trafficking victim are ever identified and sadly the average age of entry for sex trafficking in Arizona is just 14 year old.” Once his speech was finished, he invited everyone in attendance to adjourn outside to see the Everyday Heroes truck. The council and the governor were blown away at the sight of the truck and had much praise to share with the crowd. (Governors full statement attached)

The final auction will be June 20th at Ritchie Brothers in Phoenix. 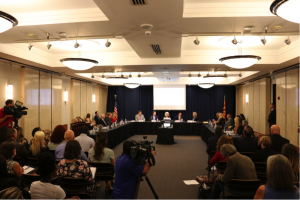 The council meeting was packed! Standing room only for the presentation of the Everyday Heroes truck by
Truckers Against Trafficking, Inland Kenworth and Utility Trailer. 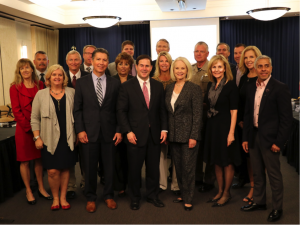 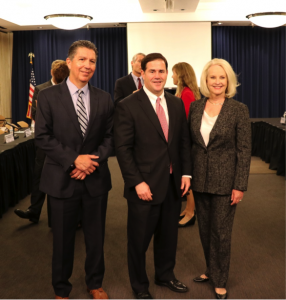 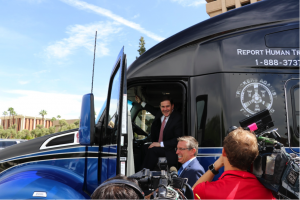 Governor Ducey honks the horn of the Everyday Heroes truck parked outside the Arizona capitol building. 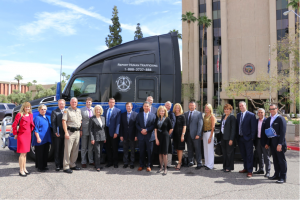 By American Trucking Associations Litigation Center On January 15, 2021, the Ninth Circuit Court of…

US 60 east of Superior to close briefly for blasting operations Nov. 17 and 19