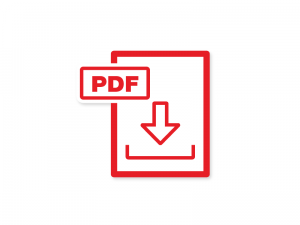 This is a joint product with the Department of Homeland Security.

In furtherance of public-private partnerships, the FBI routinely advises private industry of various cyber threat indicators observed during the course of our investigations. This data is provided in order to help cyber security professionals and system administrators guard against the persistent malicious actions of cyber criminals.

This FLASH has been released TLP: WHITE: This information may be distributed without restriction.

Summary
According to numerous open-source reports, a widespread ransomware campaign is affecting various organizations with reports of tens of thousands of infections in as many as 99 countries, including the United States, United Kingdom, Spain, Russia, Taiwan, France, and Japan. The software can run in as many as 27 different languages. The latest version of this ransomware variant, known as WannaCry, WCry, or Wanna Decryptor, was discovered the morning of May 12, 2017, by an independent security researcher and has spread rapidly over several hours, with initial reports beginning around 4:00 AM EDT, May 12, 2017. Open-source reporting indicates a requested ransom of .1781 bitcoins, roughly $300 U.S.

Whitepaper: How to protect your networks from RANSOMWARE

Technical Details
Initial reports indicate the hacker or hacking group behind the WannaCry campaign is gaining access to enterprise servers either through Remote Desktop Protocol (RDP) compromise or through the exploitation of a critical Windows SMB vulnerability. Microsoft released a security update for the MS17-010 vulnerability on March 14, 2017. According to open sources, one possible infection vector is via phishing emails.

The WannaCry ransomware received and analyzed by US-CERT is a loader that contains an AES-encrypted DLL. During runtime, the loader writes a file to disk named “t.wry”. The malware then uses an embedded 128-bit key to decrypt this file. This DLL, which is then loaded into the parent process, is the actual Wanna Cry Ransomware responsible for encrypting the user’s files. Using this cryptographic loading method, the WannaCry DLL is never directly exposed on disk and not vulnerable to antivirus software scans.

The newly loaded DLL immediately begins encrypting files on the victim’s system and encrypts the user’s files with 128-bit AES. A random key is generated for the encryption of each file.
The malware also attempts to access the IPC$ shares and SMB resources the victim system has access to. This access permits the malware to spread itself laterally on a compromised network. However, the malware never attempts to attain a password from the victim’s account in order to access the IPC$ share.

This malware is designed to spread laterally on a network by gaining unauthorized access to the IPC$ share on network resources on the network on which it is operating.